Ultimate is a fast-paced, exciting sport that combines rules and playing styles from many of the most popular competitive sports.  Ultimate is played in many formats around the world at all competitive levels.  For many years there have been middle and high school leagues, D-I and D-III college competitions, as well as Club National and International championships.  The American Ultimate Disc League (AUDL) is the premier professional Ultimate Disc League in the United States.

So, you’d like to learn how to play Ultimate?

First you’ll need a field.  The dimensions vary a bit across competitive formats, but in the AUDL the field is very similar to a football field.  However, in Ultimate the field of play is 80 yards long and the end zones are 20 yards long.

Next you’ll need a team!  Ultimate needs 14 players, seven on each team, to play a regulation game, although you can play with any number of your friends! 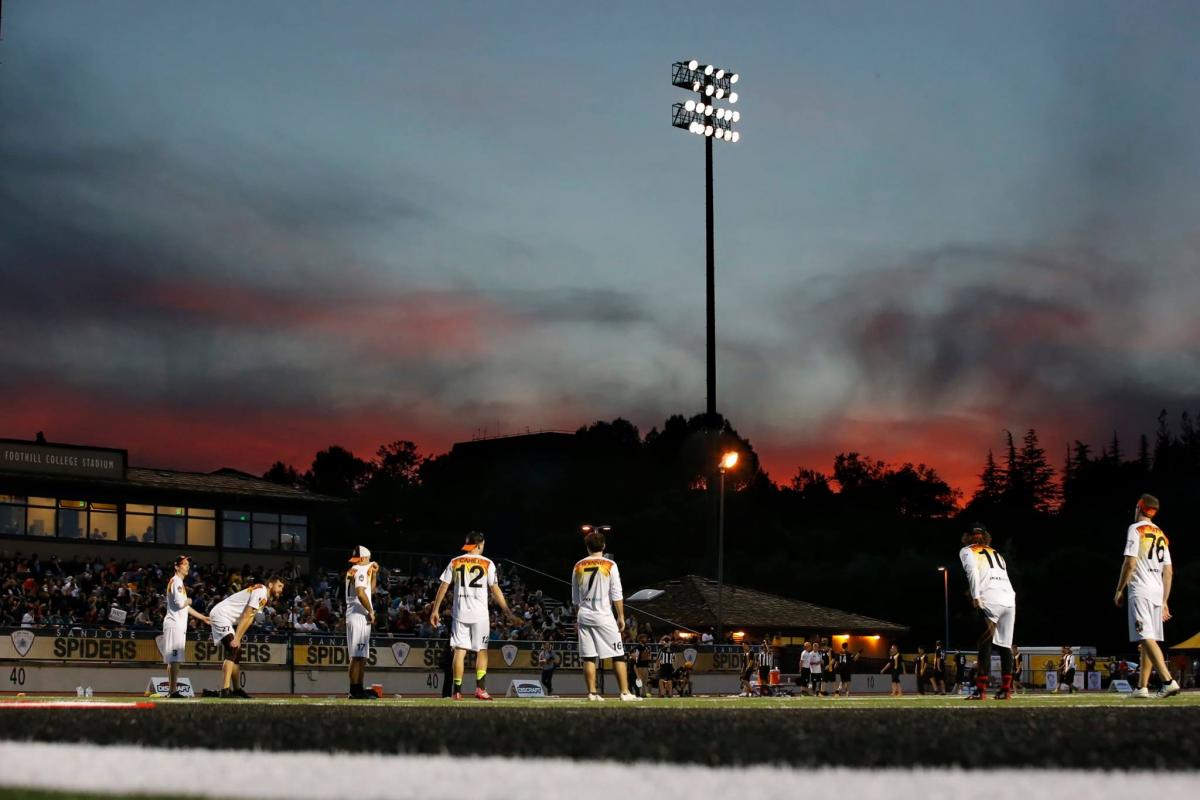 A point is started when the defensive line throws the disc from their end zone to the other team standing in their own end zone. This is called the "pull".

So how do you score?  Ultimate is just like Foobtall or Rugby.  One team must advance the disc in to the opposing team’s end zone in order to score a point.  However, unlike Football and Rugby, you can’t run with the disc in Ultimate.

How do you get the disc to the end zone?  Well, because you can’t run with the disc in Ultimate, you have to pass the disc back and forth with your teammates until you score, or you no longer have possession of the disc.

There are a few rules to keep in mind though.  Once you have caught the disc you have to slow down as soon as possible.  Once you have stopped, you must establish a pivot foot just like in basketball.

If you run farther than your momentum takes you, or move your pivot foot while throwing, you will have committed a travel violation, also like in basketball.  If you commit a travelling violation, there is a 10 yard spot penalty

Once you’ve scored, it’s your team’s turn to be on defense.  You will need to employ a few strategies in order to play good defense in Ultimate.

This first is called The Mark.  The mark is the player, or “marker,” on your team that is guarding the player of the other team with possession of the disc. The goal of the Mark is to Force the thrower of the other team to throw the disc to certain areas on the field.  This will allow the Mark’s team to play better defense in those areas of the field.  While the Mark is attempting to hold the Force, the referee will count to 7.  This is called the Stall Count.  If the Mark reaches 7 and the thrower still has the disc, it is a turn over and the thrower must drop the disc.

As in other field sports, there are multiple ways to play defense as a team.  You and your teammates can either mark up one on one, or attempt to play various forms of zone defense.

Defensive play is responsible for some to the most impressive highlights in Ultimate!

However, it is very important when playing defense to remember that your safety and the safety of others is very important.  You should never attempt to make a play on the disc that could result in the injury or you or another player.

Not only could a play like this hurt someone, but they are also against the rules.  Fouls in Ultimate are very similar to fouls in professional basketball.  You cannot contact another player aside from basic, non-aggressive body positioning. A foul will result in a yardage penalty.

The most important thing to remember is Integrity is essential to Ultimate and fair play must be held up by everyone.  This includes overturning an incorrect call by a referee or teammate “The Integrity Rule”.  Download the full rules.

Well those are the basics.  Now you are ready to go play with your friends, or see a game played by your local AUDL team! 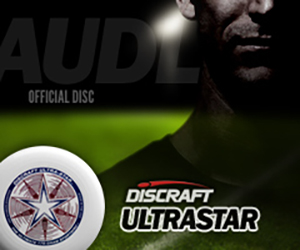