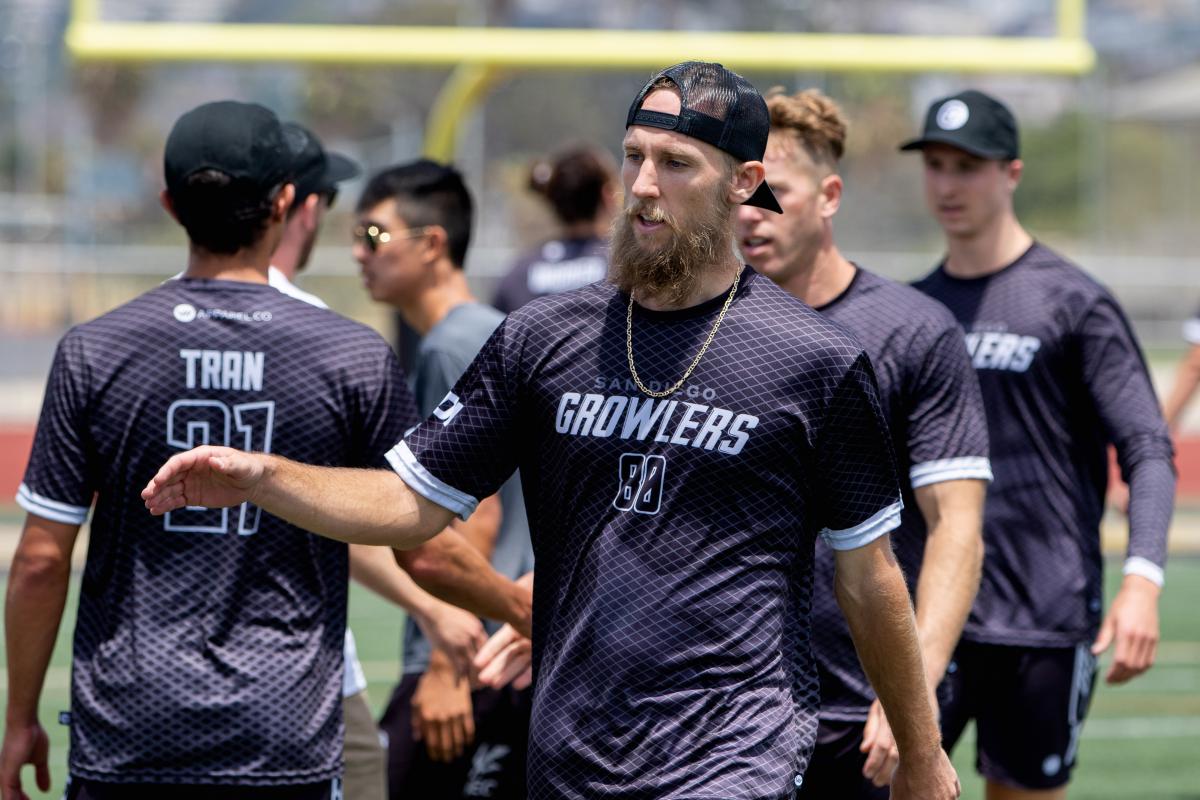 The 2022 AUDL regular season has concluded, and 11 teams remain:

Upward trend: The Kainoa Chun-Moy to Leandro Marx combo in the first half last Saturday was pure fireworks; Chun-Moy completed four different hucks of at least 60 yards in the first half; Marx became just the sixth player in league history to have 50 assists and 50 goals in a season, and just the third since the new clock rules in 2019

Downward trend: The Nitro lost their last nine games of the season by an average margin of 8.7 goals per game; Marx and Jake Johnson were the only Portland players to start in all 12 games; Portland tied with Detroit for the worst D-line efficiency in the league this season

Downward trend: The most regular season losses for this franchise before this year was four; Legion finished bottom four in the AUDL in team completion percentage (90.5 percent), offensive line efficiency (58.1 percent), and red zone efficiency (74.1 percent)

Upward trend: Despite a different handler core seemingly every week, the Cascades completed the seventh most hucks (102) in the league during the regular season; Seattle completed fewer than seven hucks in a game just once this season; opponents had a worse defensive line efficiency against the Cascades (41.3 percent opponent D-line efficiency) than they did against the Empire (42.9)

Downward trend: ‘Scades only had one game with fewer than 20 turnovers, and finished 22nd in turnovers per game (23.7); Seattle was 72-of-164 (43.9 percent) on offensive possessions during their five-game losing streak to close out the season

Upward trend: Alec Arsenault and David Colic combined for 80 goals and 3236 receiving yards in 2022; Ottawa completed 18 of their 24 huck attempts in their final two games

Downward trend: The Outlaws D-line converted just 5-of-21 (23.8 percent) break opportunities in their last three games, all losses; Ottawa had the third worst D-line conversion rate (36.3 percent) in the AUDL

Upward trend: Ray Tetreault went from five goals and 481 yards in five games as a rookie to 38 goals and 3,156 receiving yards as Boston’s WR1 in 2022; Tetreault became so good at getting open, he also increased his throwing volume from five completions per game last year to 17 per game in 2022

Downward trend: Boston is 1-11 against playoff teams the past two seasons, with that sole win coming by a single goal against Philly in Week 1; Boston allowed the third highest opponent huck completion rate (67.7 percent) in the AUDL this season

Upward trend: In his last three games, Quentin Bonnaud averaged six goals and 324 receiving yards; Bonnaud is third all-time in goals per game (4.6) with 42 games played, while the two players above him have each played fewer than 20 career games

Downward trend: The Royal haven’t made the AUDL postseason since Bonnaud’s rookie season in 2017; Montreal averaged over 21 turnovers per game in their final four matchups of 2022

Upward trend: CJ Colicchio has 57 assists, 66 goals, and 8,745 total yards of offense in 22 games with the Thunderbirds; in his last 28 games with Pittsburgh, Thomas Edmonds is averaging 3.4 assists, 2.6 goals, and 49 completions per game; Thunderbirds averaged just 15 turnovers per game in their last four matchups

Downward trend: Pittsburgh surrendered the seventh most breaks per game (6.9) this season; the T-Birds averaged the fifth most huck turns per game (5.8); despite their low turnover numbers to close the season, Pittsburgh went just 1-3 to close out the regular season

Upward trend: In his third season, Luc Comiré finished third in the AUDL in throwing yards (5,064), fourth in completions (588), fifth in total yards (6,434), and third in huck completions (25); Comiré had six games with one or fewer throwaways

Downward trend: The Rush and the Cannons were the only two teams this season to finish with a sub-70 percent red zone efficiency rating; Toronto gave up the third most goals per game (24.2) this season, which is two goals per game higher than their previous franchise high in 2017 (22.1)

Upward trend: 22-year-old who could be a “Most Improved” finalist, Brandon Van Deusen finished top 20 in the league in a number of throwing metrics including assists, completions, throwing yards, and hucks; despite finishing with just five goals, Van Deusen was an extremely mobile passer and averaged 242 receiving yards over his final six starts

Downward trend: All four of the Aviators wins this season came by a single goal; LA was second to last in takeaways per game (6.9), and had six games with six or fewer blocks

Upward trend: The offensive throwing battery of Chris Lung and Justin Norden has as deep of a bag as any throwing duo in the league; Spiders averaged just over 16 turnovers per game in their last three matchups; Oakland led the league in completions per game (280), and were 11th in team completion percentage (92.9 percent)

Downward trend: Despite going 9-of-12 on break opportunities in Week 14, Oakland lost both games and gave up 49 goals combined; Spiders had the seventh worst red zone defense, allowing opponents to convert on 80 percent of their opportunities

Upward trend: Madison averaged over 10 blocks per game in their last five games, and finished the regular season seventh in goals per game allowed (19.4); Luke Marks registered a career high 14 blocks in his third season and led the team; Marks had two blocks in each of his last three starts of 2022

Downward trend: Madison hasn’t made the playoffs since winning the 2018 AUDL championship; since leading the league in offensive efficiency in 2018, the Radicals have finished in the bottom half of the league in each of the past three seasons

Downward trend: Indy has lost four of their last six games going into the playoffs; opponents are completing the highest percentage of their throws (94.4 percent) against the AlleyCats of any team in the league this season; Indy is fifth worst in blocks per game (8.4)

Upward trend: Atlanta set a franchise record for fewest turnovers per game (14.5), and finished fourth in the AUDL this season; Hustle have finished top five in the league in each of the past five seasons in fewest turnovers per game; Austin Taylor and Bobby Ley combined for 77 assists and 42 hucks; Atlanta had the highest huck completion rate (75.4 percent) of any team this season

Downward trend: Atlanta has missed the playoffs in four of the past five seasons; Atlanta ranked 14th in goals per game (20.8) in 2022

Upward trend: Sean Mott has 50 or more assists in four of his last five seasons, and will be making his first playoff start in 83 career games; Jordan Rhyne has 11 assists, 116 completions, and 1,159 throwing yards in his last two starts

Downward trend: Philly is allowing 22.6 goals per game in their last five matchups; opponents have the sixth highest offensive conversion rate (57.3 percent) against the Phoenix this season

Upward trend: Apt for their name, the Wind Chill forced the second most opponent turnovers per game (24.2) in the league this season; seven different Minnesota players averaged more than a block per game in 2022; Dylan DeClerck led the team for the second straight season in blocks (19)

Downward trend: After going 10-of-21 (48 percent) on offensive possessions against Detroit in Week 14, the Wind Chill rank just 11th in offensive efficiency for the season; Minnesota has the sixth worst huck completion rate (56.1 percent) in 2022

Upward trend: Travis Dunn clocked his fourth straight season with at least 70 scores; with the exception of an injury-hampered Week 13 game at Seattle, Dunn is averaging over 600 yards of total offense in his last five starts; Growlers had a season-low 10 turnovers in Week 14, and are averaging just 15.4 per game in their last five matchups; San Diego has the third best red zone defense in the league

Downward trend: The Growlers are averaging the fewest break scores per game (5.1) of any playoff team in 2022

Upward trend: Shred finished second in goals per game (25) during the regular season, and had three 30-plus goal games in six matchups at home; after finishing with just two assists, 36 completions, and 149 throwing yards in 10 starts as a rookie last year with the Spiders, Salt Lake Captain Jacob Miller finished 2022 with 18 assists, 310 completions, and over 2,000 throwing yards; Salt Lake leads the league in blocks per game (12.5)

Upward trend: Austin’s 30 goals against Tampa Bay in Week 14 is the most for the Sol franchise since May 2017; Austin’s defense converted 22 breaks against the Cannons, nearly doubling their previous season high of 12; the Sol average the fifth most break scores per game (8.1)

Downward trend: Sol committed a season-high 23 turnovers against the Cannons, playing into the slop themselves; Austin is just 38-of-69 (55 percent) on offensive possessions in their last three games

Upward trend: Union finished with the second highest offensive efficiency rating (65.3 percent) in the league, bettering their mark from a season ago when they set a then-league record; among the top 20 scorers in the league, Ross Barker trailed only Ryan Osgar in individual player offensive efficiency; Barker is completing a career-best 93.8 percent of his throws in 2022, and has a career high 34 hockey assists

Downward trend: Pawel Janas finished with his lowest completion percentage since his rookie season in 2017, and saw his huck rate fall 16 percentage points from 2021

Downward trend: The Breeze are forcing the second fewest opponent turnovers per game (18.5) of any playoff team this season; DC is ranked 11th in goals allowed per game (20)

Upward trend: Summit were 17-of-21 on D-line possessions last Saturday night; opponents have the third lowest break rate (15.3 percent) against Colorado in 2022; rookie Quinn Finer finished the season with four straight games without a throwaway, including 9-of-9 on hucks; Summit were 13-of-13 on hucks as a team in Week 14 without Jonathan Nethercutt

Downward trend: After winning three AUDL titles in four seasons between 2014-2017, no West Division champion has made the AUDL championship game in the past three seasons

Upward trend: Among players with at least 24 games played, Matt Gouchoe-Hanas has the second highest individual offensive efficiency rating ever; Carolina’s offense scores on 65 percent of the possessions Gouchoe-Hanas is involved in; despite having just eight starts, Eric Taylor leads the team in assists with 36

Downward trend: Flyers are 0-3 against teams from Texas in the South Division Championship Game

Upward trend: Ben Jagt started his last six games of the season on defense and still finished sixth in the AUDL in scores (78) and receiving yards (3284); Empire finish the regular season with the highest offensive efficiency in league history; New York’s defense held opponents to the lowest offensive efficiency rate since Toronto in 2018

Downward trend: Nowhere to go but down? I don’t know anymore with this team 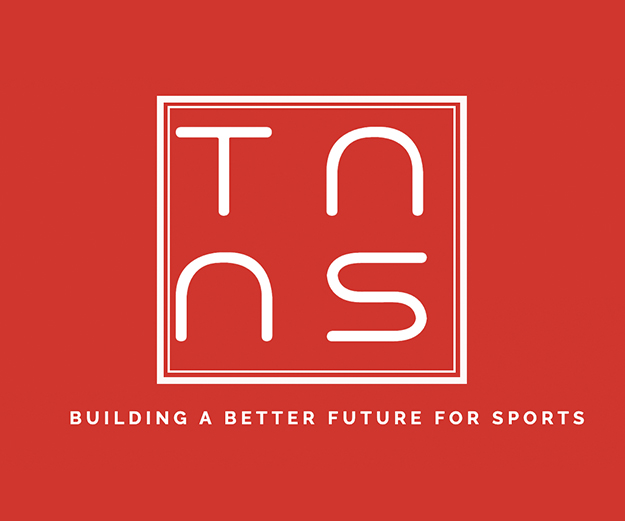