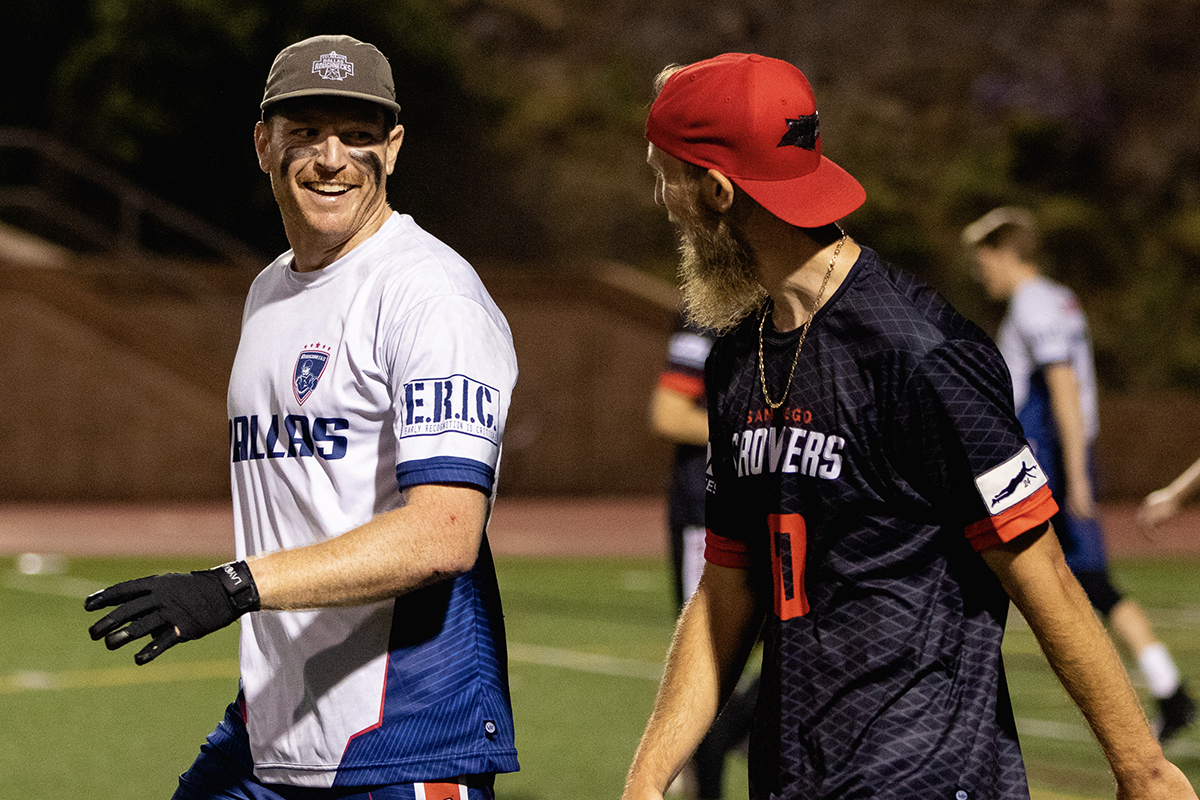 Watch live and for free starting at 8:30 PM/ET on DraftKings YouTube or Twitch streaming channels.

Winners of their last four in a row, the San Diego Growlers travel to Texas this weekend to take on the Dallas Roughnecks tonight, followed by the Austin Sol tomorrow. The Growlers’ four-game win streak includes one win each against Dallas and Austin; both games ended with identical 21-20 final scores.

Tonight’s rematch with Dallas features a teetering Roughnecks team on the brink of missing the playoffs for the first time in franchise history. While they have all the talent in the world on paper and one of the deepest rosters in the league, they’ve struggled to field a consistent 20-man roster week-to-week and despite the talent, the lack of chemistry and overall team identity has caught up to them. Coming off a 1-1 weekend in Seattle and San Jose, they’ve now split games on each of their three double headers this season, contributing to a middling 5-4 record with three games to go. Thankfully for the ‘Necks, they do control their own destiny—if they win out, they’re in the playoffs—and have a great shot to get revenge against San Diego with the Growlers taking their first road trip in over a month.

Perhaps working in Dallas’ favor is the return of Dalton Smith, who is expected to be active tonight for the first time this season coming back from injury. Together with Abe Coffin, the pair of hybrid handlers ran wild through the 2019 playoffs last time they were on the field together, slicing through whatever defense was thrown at them with a series of decisive give-and-gos. They were the primary drivers of the team’s offensive success down the stretch, and if Smith isn’t still hampered by injury, the duo could reignite the Dallas offense this week in a must-win game.

It will be worth watching where the Roughnecks use Gabe Hernandez, who is coming off a career-high 82-of-83 throwing performance playing primarily on the Roughnecks O-line. He’s now played five games this season playing predominantly D-line, with three games on O. Especially with the addition of Dalton Smith, Dallas is spoiled with offensive weapons, and how they use and adjust personnel this week can make or break their chances of coming away with the win.

The Growlers have looked far from dominant this season, as four of their five wins have come by three goals or fewer. Still, they’ve shown a fairly consistent ability to close out games and not fold under pressure, with several veterans stepping up in big moments throughout the season. It was Jonathan “Goose” Helton who threw the game-winning score against Dallas, and last week Steven Milardovich came through with a clutch layout block late in the game against Austin.

While San Diego is bringing a mostly full roster to Texas, they’ll be missing a key offensive piece in Paul Lally. Lally was instrumental in the Growlers’ win over Dallas, completing 41-of-42 throws for 406 throwing yards, 189 receiving yards, and four total scores. Most notably, he delivered the clutch block in a tie game with under a minute remaining to set the Growlers up for the game-winning score. Lally’s absence undoubtedly leaves a hole in the Growlers backfield, but Michael Tran should be more than capable of slotting in and reviving their 2019 handler set alongside Tim Okita and Helton. Tran has completed 148-of-152 throws (97.4 percent) this season and has the offensive rapport to resume his O-line handler role after switching to D-line the past two games.

To be honest, it feels like we haven’t seen the best game from either of these two teams. Dallas has the individual talent, as well as the home field advantage, to win this game. But with San Diego grinding out wins with weekly late-game heroics, the Growlers will again put up a fight as they look to maintain their lead atop the West Division standings. With just five weeks remaining in the regular season, both teams will look to hit their stride as the Wild West playoff race continues to take shape.