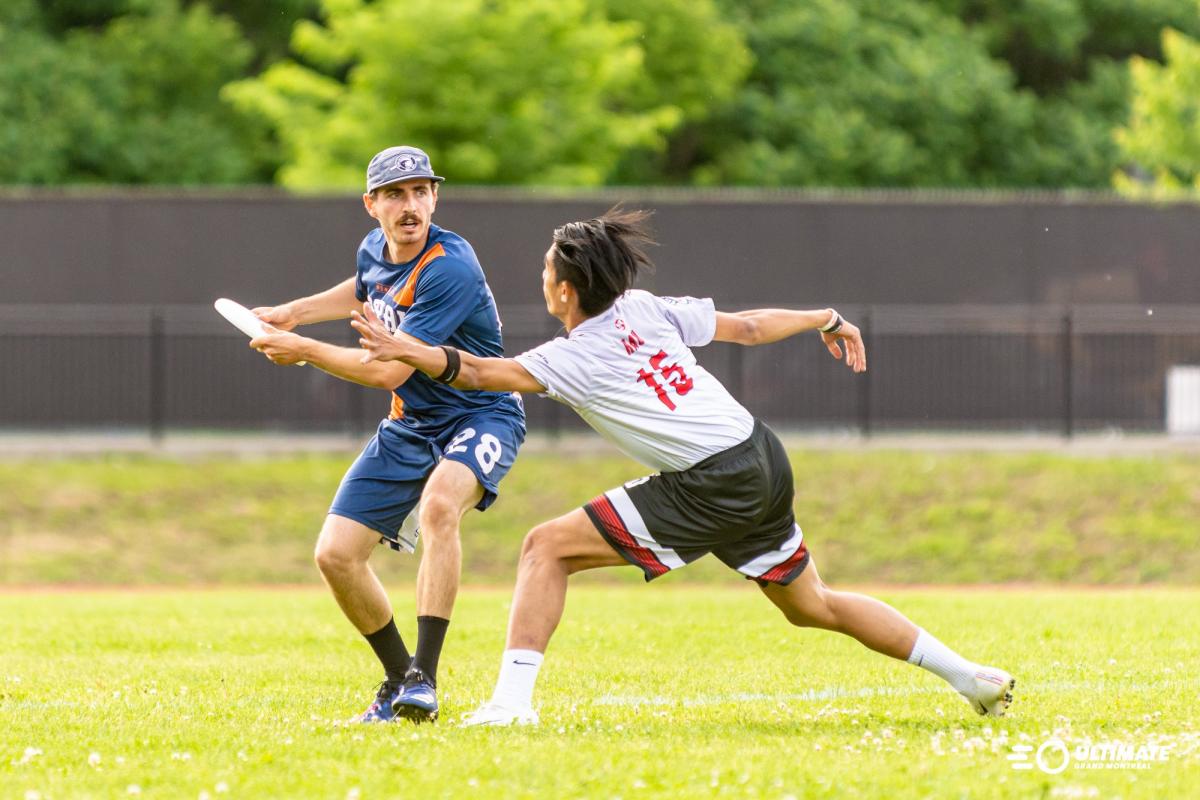 Oh Canada, our friendly neighbor to the north. We live in an unfair world that separated us from your glimmering spirit throughout this pandemic, a disconnect that made our return of ultimate feel somewhat incomplete.

Unfortunately, travel restrictions prevented the AUDL’s three Canadian franchises from participating in the full-season, league-wide championship chase. But a collective optimism and creativity from league leaders have led us to a new competitive structure that is poised to launch this Saturday, as the Montreal Royal, Ottawa Outlaws, and Toronto Rush begin their quest to hoist the Canada Cup. 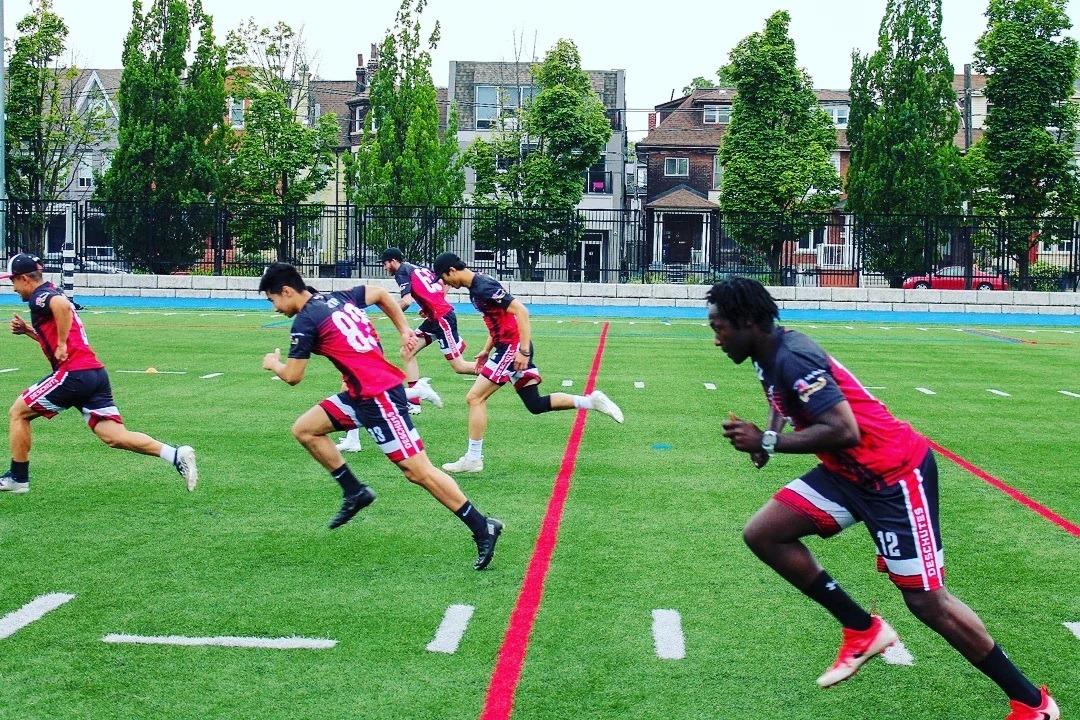 Certainly, it’s easy to declare Toronto as the heavy favorite in this three-way scrum, as the Rush unquestionably possess the most prolific track record of pro ultimate success. All-time, Toronto is 94-19, while Montreal’s 40-44 and Ottawa’s 22-46. The Rush have been to the playoffs seven times, the Royal twice, the Outlaws are still pursuing their first postseason berth.

But for the sake of the present, everyone is 0-0, and all three franchises have eight games on the schedule, eight opportunities to rewrite the narrative and set a different tone for their post-pandemic ultimate future. After the eight-game slate, the top two teams in the standings will play one more to determine the champion.

Despite the Rush’s perch as the frontrunner, let’s be honest, no one in their right mind really knows exactly what to expect! It’s been at least 730 days since any of these teams have taken the field in a real game. Heck, the Growlers and Sol just played two days ago and I’m perplexed about what we’re gonna see when they meet again this Saturday.

Consequently, I was curious to connect with individuals across all three teams to see how they are feeling on the precipice of actually getting back on the field. Answers have been edited slightly for clarity.

1) Firstly, what has your preseason been like? How would you characterize how your team’s feeling on the verge of returning to AUDL competition?

Carson Turner, Outlaws Captain: We started our preseason in late July 2020. Provincial Health Guidelines allowed us to gather outdoors and practice so long as we did not scrimmage. Knowing that we were going to have a young roster next season, we built our practices around sharpening each individual's skills. The thought process was that plenty of reps through each drill would help build a base for the next season, whenever that may occur. Towards the end of September, we were able to scrimmage, which helped everyone get a taste of what ultimate could have been in 2020. Some members of the team played a beach tournament in Québec but even that was not a true taste of competitive Ultimate that the AUDL encompasses. The colder temperatures forced us indoors and our practice options were once again limited to strictly drills. On the plus side, a small group of players were able to train together for slightly under two months before the Province of Ontario was forced into lockdown mode at the start of the New Year. Throughout the Winter and the Spring, Ontario waxed and waned in and out of lockdowns until about six weeks ago when we were permitted to practice outdoors in groups of 10. Three weeks ago we were allowed to scrimmage and practice with our entire team sharing the same field. Four days from now we play our first game in over a year and a half. The scramble to our opening weekend has certainly arrived much quicker than we ever thought it would.

We are nervous, excited, and anxious all at the same time. We've had the opening game marked in our calendars for a while now, but only until recently was the asterisk removed and the feeling of: “yes, this is really happening” is actually settling in. We are feeling fortunate to have the opportunity to play competitive games, which is something that other recreational sports we used as cross training cannot measure up to. Most importantly, we are feeling eager to win. Many athletes around the world were stripped of their opportunity to feel comfortable, to feel at home on the field, on the court, in the gym, in the pool. We are lucky that so many pieces of the puzzle have lined up, giving us the opportunity to do what we do best, enjoy playing Ultimate at the highest level in North America.

Thomson McKnight, Rush Captain: Our preseason was slow to start due to restrictions here in Canada, but we’ve now had a few solid weeks of practice. The overwhelming feeling has been joy. Everyone is just happy and excited to be together and playing again.

Kevin Quinlan, Royal Captain: The preseason was good and the anticipation has been way too long. Quebec opened up a little sooner than Ontario so we had eight person pod practices for a few weeks until we were able to play full 7s without masks.

2) Secondly, what's the makeup of your team for this 2021 series? How does it compare to past rosters, and what would you say you're expecting out of the upcoming series? Any individuals who've made great strides or newcomers who we should have our eyes on?

Nick Boucher, Outlaws Captain: This year is really a great unknown, as we have had a significant roster turnover over the past three years. Many longtime staples of the Outlaws are no longer around—Derek Alexander, Karl L'oiseau, Ken Alexander—which has left us with probably the youngest team in our history, and likely the youngest in the league, even with [almost 44-year-old] Andy Ouchterloney raising the average. With that comes plenty of reason for excitement, as the majority of players are coming from the junior program we have in Ottawa. Last year at nationals, the Ottawa Junior team finished second in Canada, so there is a very strong pipeline that we haven't had in years. We will be looking for many of these young players to make contributions immediately, a few of the rookies that come to mind are Cameron Kennedy and Thomas Stanton. As for past players that will be stepping into larger roles, Geoff Bevan and David Colic will be stepping into roles that Derek and Karl have held for years on the O-line. We will be relying on them heavily and I expect their production to double from past years. As for season outlook, I think a second place finish is a realistic goal that the Outlaws can attain and will be striving for. Coming out ahead in the Montreal series will be a primary goal, along with getting that ever elusive win against the Rush. In all honesty, with such a young and new team, this year will be all about building for future years so we are competitive when we get back to the normal AUDL.

McKnight: The team is in good shape. Mostly the same team we had last season will be back. With the later season and uncertainty of schedule I think our roster will fluctuate week to week as guys had prior commitment. As for guys to watch out for I’ll highlight 3 guys. Firstly, Eli Park is a young defender who’s really impressed me. He’s been the beneficiary of some of my early season rusty throws, which he has gobbled up. Secondly, this year we’ve added Wilkie Lewis’ brother, James. Think he could have a standout season and like his brother should add size and make an impact. Finally, a later bloomer and a guy who has persisted to finally make the team is Daniel Wong. He’s been having some great practices lately.

Quinlan: There was a fair amount of turnover going into the 2020 season so these rookies have been waiting to prove themselves and are chomping at the bit. We lost a handful of the French guys and our American contingent due to Covid. I would say we have one of the youngest rosters we have ever had, and some of our vets taking on new roles. It should be a lot of fun to see how the talent fills in. A lot of the guys who played Team Canada U-24s are now stepping up into bigger roles, which makes us a hell of a lot more dynamic. I can't wait to see where these boys take us. Vincent Lemieux, Malik Auger-Semmar, Eliott Heloir, and Jakob Brissette, just to name a few.

3) Thirdly, just curious to ask if you've been following the AUDL action that's been transpiring south of the border?

Boucher: When the American season began, the team was absolutely following the games closely. Many guys were watching the primary broadcasted games and there was plenty of discussion in chats and at practices about great games, plays etc. we saw on the weekend. I don't think there is any frustration or disappointment, as many of us have friends on other teams and it's great to see the league back up and running in general. As we have gotten closer to our season, the feeling is that the team is focused internally on our team and not paying much attention to the teams south of the border.

McKnight: I haven't watched any full games yet of the action down south, but I’ve seen some highlights. It’s definitely tough to watch and not be able to participate, but those are the times we live in. There have been some great plays made. It’s also good to see some new powerhouses emerge along with some decent parity. Seems like every week there is an upset or unexpected result.

Quinlan: Oh, I have been watching. I have thoroughly enjoyed, it but it's been hard not playing. Feels weird. Been able to study and steal some defensive schemes at least!

4) And lastly, what else should folks know about the 2021 version of your team?

Turner: We are a young team looking to break through and get out of our own shadow. In years past, we have had lofty goals and although we were competitive in most games, we could not take advantage of opportunities that we earned to achieve our goals. We are looking to use our previous experiences and our tenacity to propel our team over the hump and into the ninth game of the Canada Cup.

McKnight: I think the biggest change for our team is actually going to be the coaching change. While [new Coach] Adrian [Yearwood] and [former Coach] Sachin Raina see the game fairly similarly, a new voice brings a fresh perspective, and he’s made some adjustments to where people are playing that should change our dynamic!

Quinlan: The Royal have a lot more homegrown Quebec talent than in years past. A lot of these younger guys have been watching the Royal since it started, waiting for their opportunity. I am excited to see where this next generation takes us.

The 2021 Canada Cup officially begins this Saturday at 6:00 PM/ET, when Ottawa hosts Toronto at MNP Park. All games will be broadcast live on audl.tv.