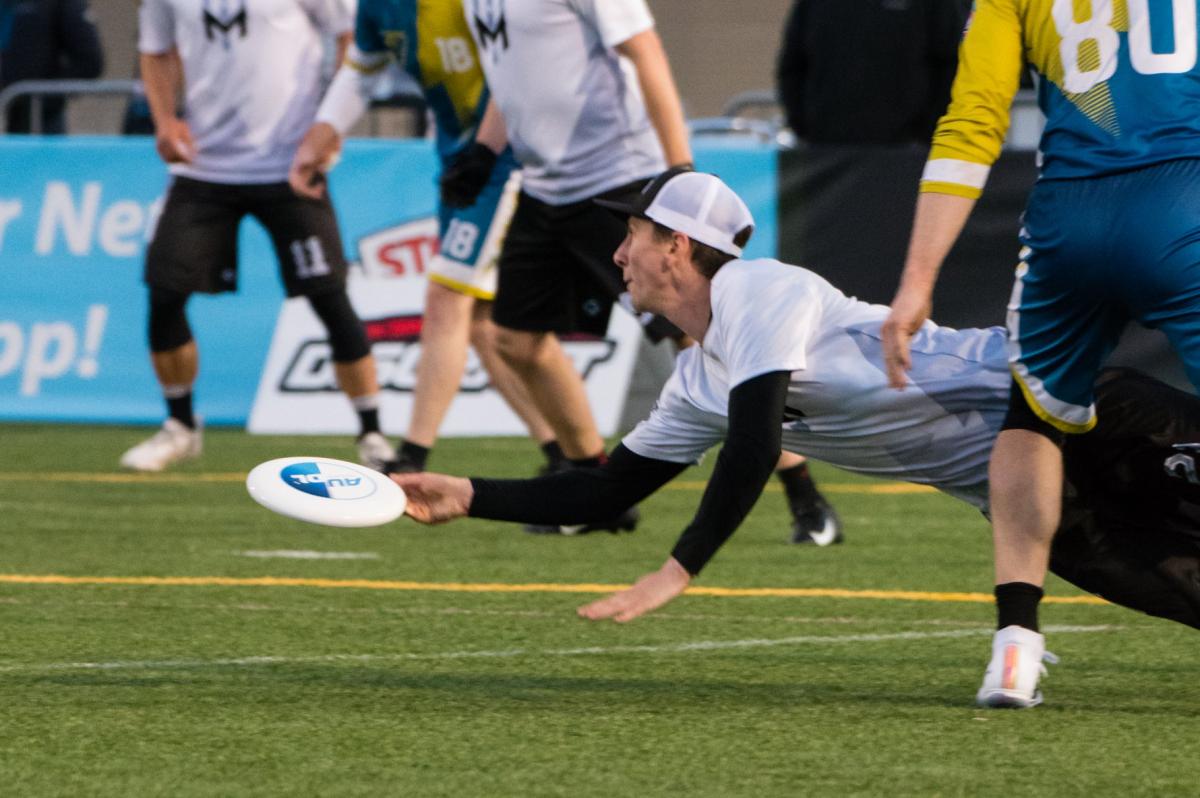 1. Madison On The Ropes

In a situation that would have been unthinkable before the season, the Madison Radicals (4-3) are in a dogfight to make the playoffs in the Midwest Division. The division is far improved this season, as all of Madison’s aspiring usurpers added high-quality players entering the season. The Radicals are currently looking up at the Indianapolis AlleyCats (5-3), with the Pittsburgh Thunderbirds (4-3), Minnesota Wind Chill, (4-4), and the Chicago Wildfire (3-3) within at least 0.5 games of the former champs. Since joining the league in 2013, the Radicals have made the playoffs by an average of 6.5 games each year. They currently sit 0.5 games outside of a playoff spot. The division feels truly up for grabs for the first time in league history. 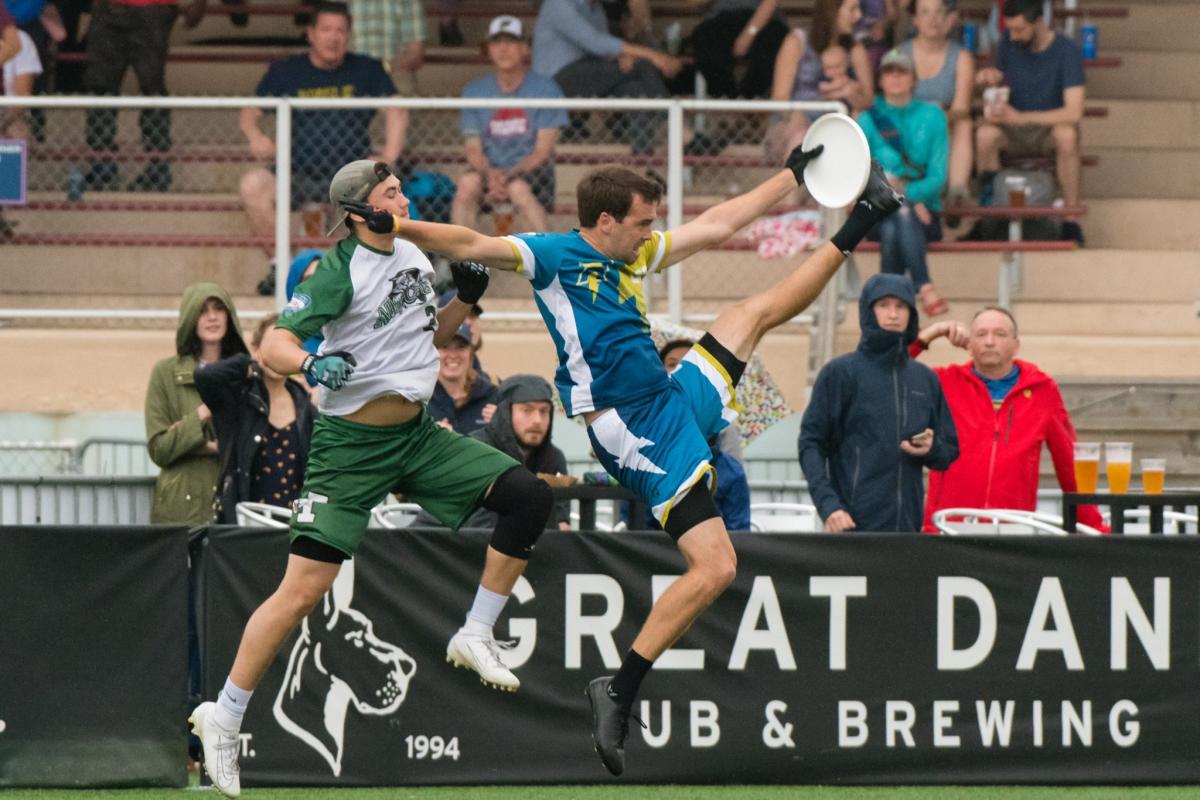 Last season, the Radicals used a loss to their rivals to shake them out of a mid-season lull. On June 17, 2018, the Radicals lost 21-20 to the AlleyCats, which was the first time Indianapolis had ever beaten Madison. Players used the loss as a call to action, and it spurred a six-game winning streak that ended with Madison capturing the title.

This season, the Radicals hoped that a 22-15 defeat in late May to the Toronto Rush could offer the same motivation. It did not do the trick, as only one week later, the Radicals lost again to the AlleyCats, 18-15. Perhaps it will be another loss to the ‘Cats that lifts Madison out of their funk, but they’re running out of time to create any separation from their opponents.

The defending champs still have an enormous amount of talent. All of Kevin Pettit-Scantling, Colin Camp, Pat Shriwise, Peter Graffy, and Kevin Brown played in the All-Star Game, which was the largest contingent for any team. Brown and Graffy finished with six combined assists and the second- and third-most yards thrown, respectively. All of the Radicals shone in various ways during the evening, and Brown even had one of the most exciting plays in a game full of the spectacular.

Perhaps the week off, with some of the team’s best players spending time with stars from around the league, was a rejuvenating potion for Madison’s season. This week, they will face the Wind Chill in Minnesota. The Wind Chill have already beaten the Radicals this season, a 20-19 nailbiter in which one of Minnesota’s best players, Quinn Snider, didn’t even play. He’s coming off a 10-goal game against Chicago. This rematch will surely have the intensity of a playoff game. If Madison loses, they would fall out of playoff position in the division.

The Raleigh Flyers (6-1) are in the midst of another successful regular season, and they’re only improving. They’ve gone nearly a month without a game, and their last contest saw newcomer Bobby Ley play in his first game for the Flyers. Ley is a speedy handler who spent his last three seasons starring with the Tampa Bay Cannons. Ley collected 125 assists in his first three years, and he added four more, along with four goals, in his first game this season. Ley fills a position of need on Raleigh’s roster, offering patience to an offense already full of home run hitters in All-Stars Jacob Fairfax and Henry Fisher, not to mention rookie sensation Eric Taylor. Ley is among the league’s best center handlers.

“I think adding Bobby [Ley], and seeing his talents, and his skill level...you're on a good trajectory overall, given the production we've already had, and adding a guy like Bobby [Ley] into the mix doesn't hurt it,” said Raleigh Head Coach Mike DeNardis. “Along with that comes the whole resetting of the whole chemistry. Getting him acclimated as quickly as possible... And then we're ready to roll as this new - on paper probably better - unit.”

Ley didn’t seem to miss a beat with his new teammates in his first game against the Atlanta Hustle, a 25-22 win. Against the Hustle’s trademark zone, Ley and Taylor were great moving the disc quickly while keeping every offensive weapon involved. Ley, especially, was brilliant at using big, horizontal throws to open up the width field.

This week the Flyers will challenge the Dallas Roughnecks (6-1) for divisional supremacy. Teams as talented as Dallas can test teammates who are relatively new to each others’ games. Raleigh lost to Dallas 20-19 in the South Division Championship last year despite leading 12-6 early. Raleigh lost to Dallas 19-17 in their first game this season after leading 12-8 early. However, Raleigh is comfortable that it’s improved dramatically since facing Dallas in early May. 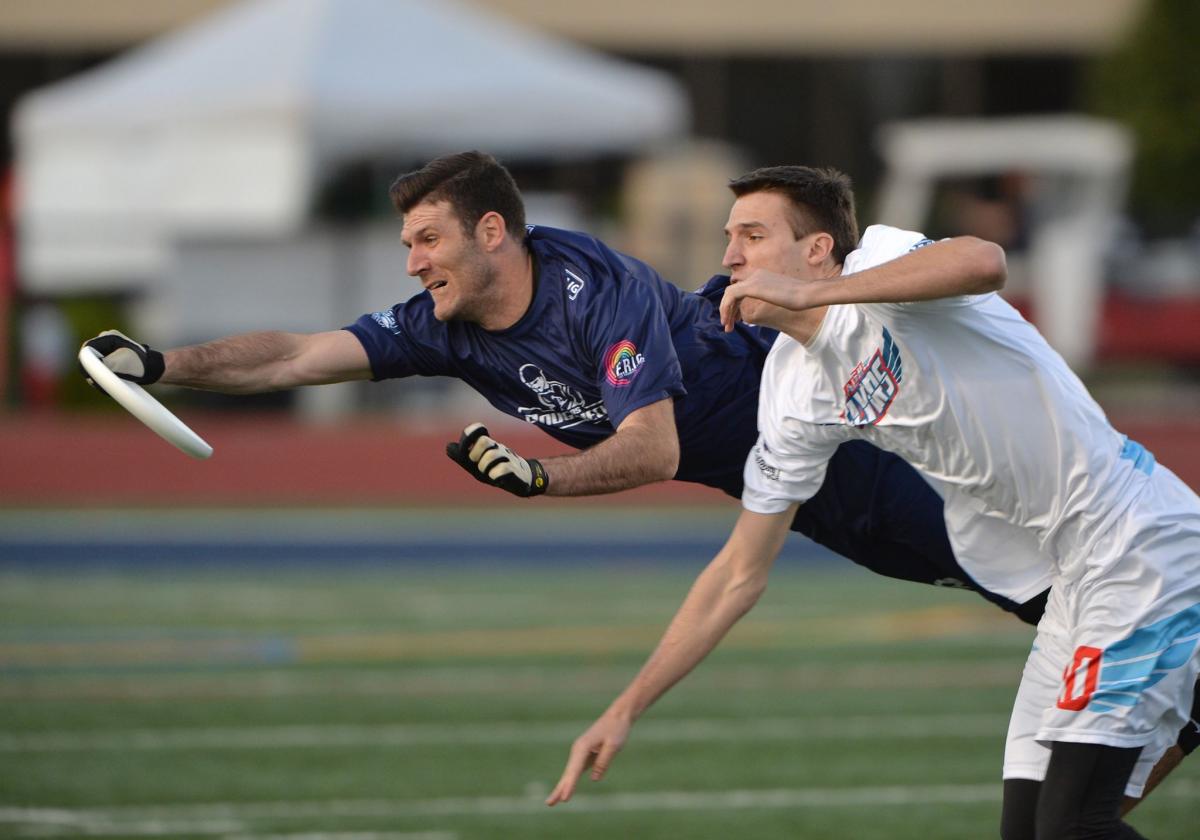 “I think we've taken the lessons we've learned from that [first] game and improved to the degree we needed to improve to be ready for this game,” said DeNardis. “Some of our mid-week scrimmages, we've had some slip-ups where we've fallen into the traps we saw in the Dallas game, but we've worked really hard on attacking the areas that we need to improve based on that game.”

Some of those improvements need to come on the defensive end, where Raleigh needs to apply more pressure to Dallas. The goal is to force high stall counts and questionable decisions from their opponents.

“I'm always thinking of ways to beat every team we play defensively,” said DeNardis. “To stop their overall scheme, you have to stop their momentum, because once they start moving, they're fast, and they move efficiently. They have high-quality players that, once they get rolling, it's hard to stop them attacking an endzone. Between Jay [Froude] and Thomas [Slack] and Matt [Jackson], even Carson [Wilder], once their engine starts running, it's hard to get them to halt without them scoring quickly. The blueprint is to do that, to stall their offense, and make sure you're not giving them a lot of connecting passes. If you do that, you can find yourself in a good spot.” 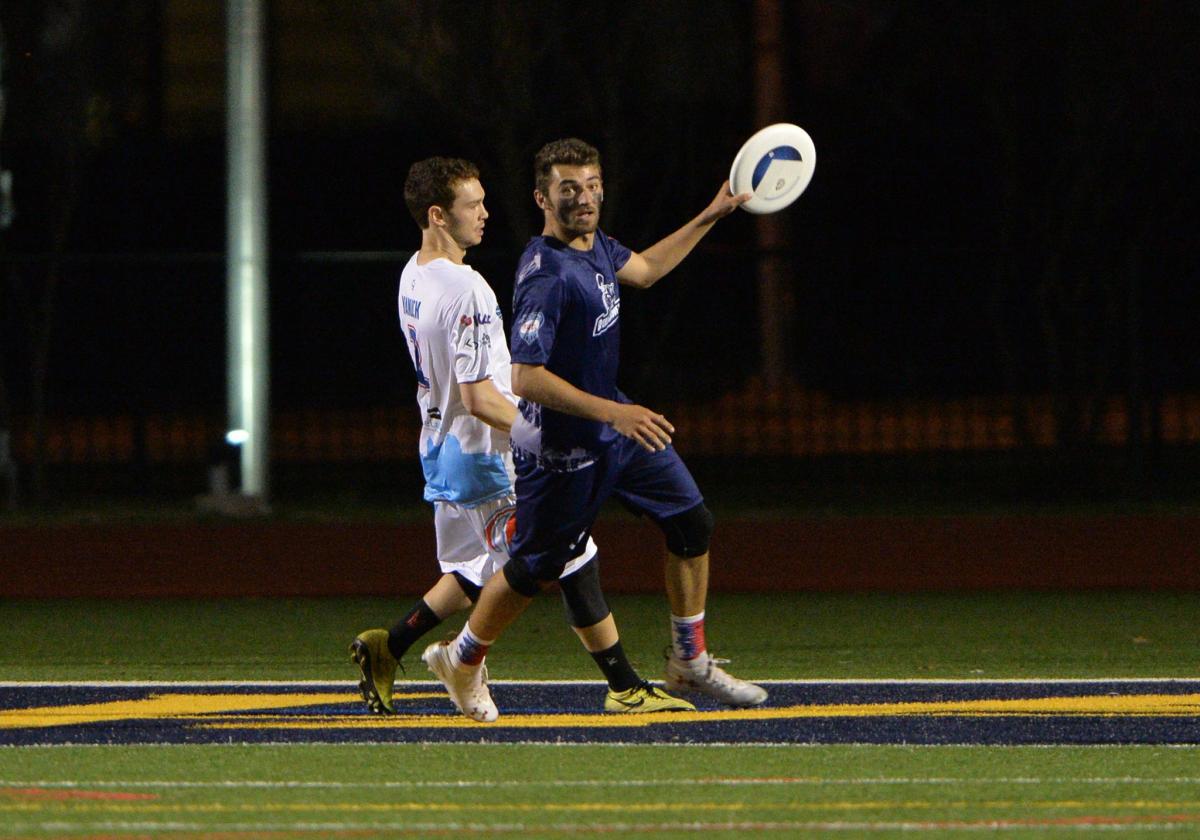 With Tampa Bay (4-3), Atlanta (3-6), and the Austin Sol (2-8) so far behind Raleigh and Dallas, the battle for first place in the South is likely between only two teams. Thus Raleigh at this stage of the season has an internal focus. The Flyers care more about further integrating Ley into the offense, or about finding a way to slow Froude, than they do about jockeying for playoff position. The Flyers can start to focus on the details rather than the big picture. Both Raleigh and Dallas should already be angling for their probable playoff clash, which would be their third consecutive since 2017. With one regular season game between Raleigh and Dallas already played, and one yet to come after this, the second contest represents the middle game of the two titans’ chess match.