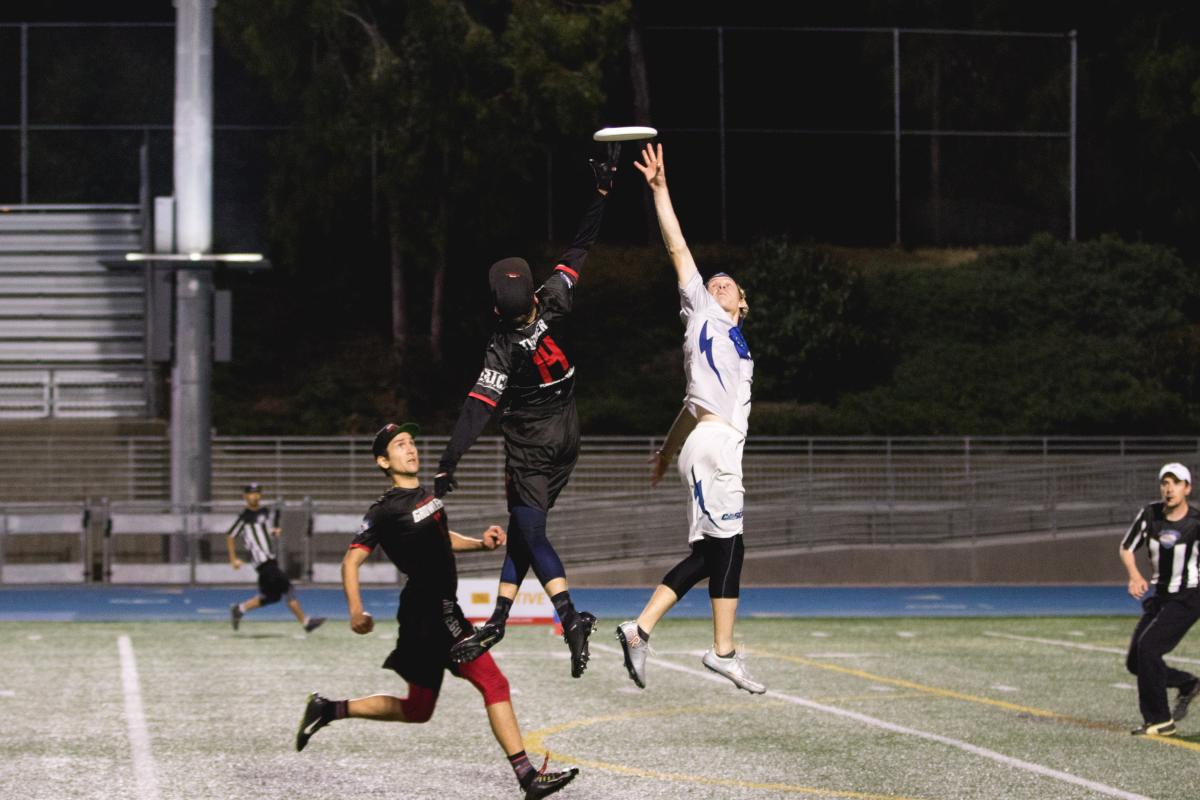 The San Diego Growlers flew north to play the Seattle Cascades in a rematch of last Friday’s victory.  San Diego started the game on offense and scored after a possession saving layout catch by Sean Ham, but the teams traded until 2-2.  Seattle broke on the next point, and San Diego countered, and the trading continued until 5-5.  The Growlers proceeded to get their first 2 breaks of the game late in the quarter, but the Cascades punched in the last score with 3 second remaining and trailed 7-6.

Seattle somehow held on to a deflected hammer to hold on offense, and then broke to take the lead 8-7.  Both teams traded several goals, highlighted by a Ryo Senda sky in the endzone.  On the next point, Trevor Purdy used every inch of his 6’6’’ frame for a layout block, which led to a timeout and eventual Tim Okita to Travis Dunn connection for the break and lead, 11-10.  Seattle’s Mark Burton was keeping his team close with precision throws on offense, and the teams traded until 13s when the Cascades broke before halftime, up 14-13.

San Diego tied the game again when Jonathan Helton found Ham in the endzone and more trading ensued.  Seattle took the lead 17-15 with a hold and a break and the Growlers struck back with more offensive scores, including a Dunn to Ham layout. San Diego score once more before the quarter expired, trailing 19-18.

The Cascades stood tall with a hold, the Growlers countered, then in typical fashion, Will Turner flew through the air with a layout block on the sideline.  San Diego called timeout and broke to tie the game 20-20!  Seattle’s offensive line was solid all game long even under intense pressure and scored to stop the bleeding, and their defense converted two key breaks to go up 23-20.  San Diego scored once more, but time was winding down and the Cascades never gave it back to earn their first win of the season, 25-21.

Jonathan Helton and Travis Dunn paced the Growlers with 4 assists and 4 goals apiece, and Sean Ham was a tough cover as always with 2 assists and 7 goals.  First place in the West division will be on the line when San Diego battles the Los Angeles Aviators this Saturday, May 11 on the road.  On Sunday, May 12, the San Diego Wolfpack will host the Seattle Cascades women’s roster at Serra HS at 2 pm! 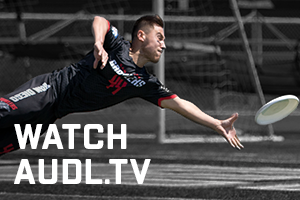