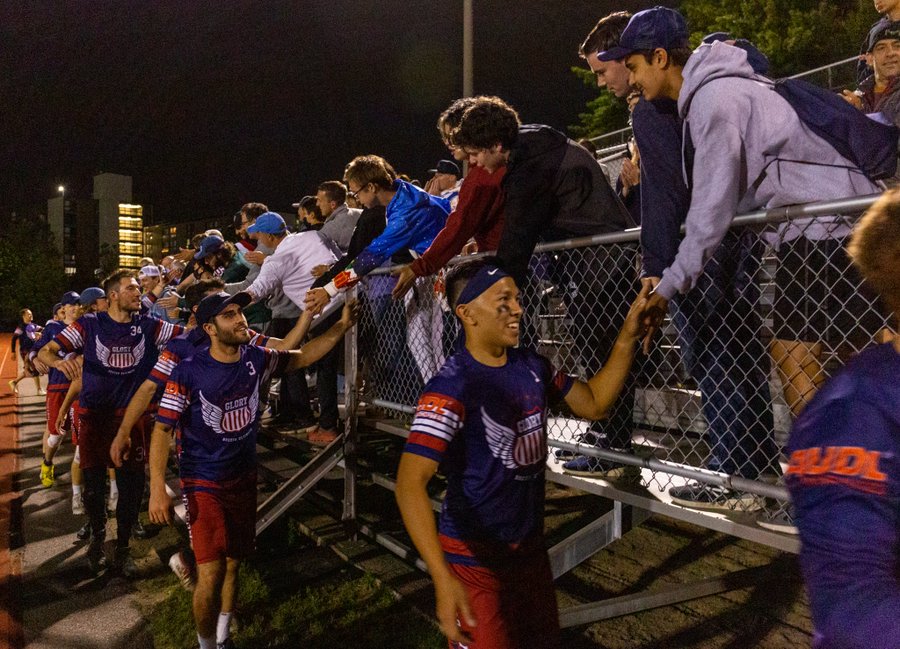 Late game struggles cost Boston Glory Friday night, as a 3 goal lead quickly fell by the wayside, and the Atlanta Hustle picked up a 21-19 win in Boston's inaugural home game.

Eli Jaime notched an astounding 7 goals for the Hustle, adding to his 3 hockey assists for a 10-involvement night, carrying the Hustle to victory.

Boston's characteristic defense did still hold strong, however, keeping Atlanta to just 60% on offensive holds; and themselves going 6/9 on breaks. Chris Bartoli, making his first appearance of the season for the Glory, made his presence known with a big block and three goals.

Boston's struggles, and Atlanta's efficiency, truly came when those roles reversed. For Boston, movement in the cutting lanes was lacking for much of the game, save for the 3rd quarter (which Boston won 7-4). Many of Boston's 20 turnovers came on the heels of complacency, as cutters failed to attack throws and found themselves being jumped by Atlanta's hard-pressing zone defense.

Boston missed the presence of Tannor Johnson for sure, as the cutter, known for his movement and vision, continues to nurse a lower-body injury and is expected to miss further time.

And it truly was that zone defense that sealed their victory. Atlanta held Boston to just a single fourth quarter goal (a quarter Boston entered with a 2-goal advantage), as Atlanta put up 5 to flip the script and win by 2. Ben Sadok was forced into a game-high 4 throwaways, completing just 92% of his passes in an uncharacteristically quiet night for the handler.

“We clearly need to make some adjustments for it [zone-defenses].” Head coach Sam Rosenthal said postgame.

Results aside, the home opener wasn't all negative for the Glory. After 5 years without pro Ultimate, Boston reminded the world just how loud Hormel Stadium can get, as a crowd in the hundreds turned out in support, despite the later start time.

Orion Cable stepped up in the absence of Johnson as well. At a towering 6' 5", Cable's stature is matched only by Johnson himself and, while he did appear against Pittsburgh, he scored only one goal. Today he led the team with 4, adding a hockey assist.

“We’re getting strong efforts out of five or six guys at a time… we’re close to playing the D that we want, and our D [line’s] O[ffense] is definitely a positive as well.” Rosenthal added.

This loss was a learning experience for Glory, a lesson they take on the road next week in a pair of matchups, as the team travels to Washington DC on Friday, then to Raleigh on Saturday, for matchups with the Breeze and Flyers, respectively.

For the Hustle, they will take their perfect 2-0 record on the road next week, in a clash with a retooled Tampa Bay Cannons.